Your dog may be eager to eat “people food” from your dinner table or finish leftovers after a meal. It’s safe to share certain foods with your dog. But some common foods and drinks can be harmful or even deadly for dogs.

Even small amounts of alcohol can be dangerous for your dog. At parties and other events where alcohol is flowing, place open drinks where your dog can’t reach them.

Keep household items that contain alcohol, such as mouthwash, in a safe place.

Alcohol can be found in other surprising places. Dogs have gotten into trouble eating rotten apples, which can produce alcohol when they go bad.

Symptoms of alcohol poisoning in dogs include:

Avocados and their seed and leaves contain a toxin called persin. It can be harmful to dogs and many other pets.

Avocado poisoning in dogs can cause symptoms such as:

Keep bones from chicken, roasts, and other meats away from your dog. He can choke while eating bones.

Also, bones can break into sharp pieces that may cause bleeding and infection inside your dog.

Yeast dough can be harmful to dogs for several reasons.

After a dog eats dough, it can produce gas. This can cause the stomach to become twisted or even torn.

The rising dough also produces alcohol, which dogs should avoid.

If your dog has eaten bread dough, he may have these symptoms:

You’ll know your dog has abdominal pain if he has symptoms such as:

While caffeine may give you a sense of wakefulness and energy, it’s toxic to your dog.

Keep these items away from him:

If your dog has caffeine poisoning he may have these symptoms:

Chocolate contains caffeine and a related chemical called theobromine that is also harmful to dogs.

Darker chocolates, including cocoa powder, contain more theobromine per ounce than milk chocolate. Eating just a half-ounce of baking chocolate could be deadly for a 5-pound dog.

Symptoms from eating a small amount of chocolate include:

If your dog eats larger amounts it can also lead to:

Garlic and onions contain a chemical that breaks down into a substance that damages the red blood cells of dogs. A 10-pound dog could die from eating just half an onion.

Other ingredients, such as onion powder or juice, can also be harmful.

Symptoms after eating these foods can include:

More symptoms may begin days later, such as:

Grapes, and the raisins made from them, can cause kidney failure in dogs.

This doesn’t affect every dog that eats grapes or raisins. Experts still aren’t sure which ingredient in the fruit may cause this problem.

These pale, round nuts can hurt your dog.

The symptoms of macadamia nut poisoning often begin with:

This is used as a sweetener in gum, candy, many other foods and drinks, and toothpaste.

In dogs, this ingredient can cause insulin, a hormone, to soar. This causes their blood sugar to drop steeply. Xylitol can also cause liver damage.

Dogs often vomit after they eat or drink xylitol. 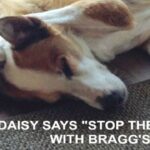 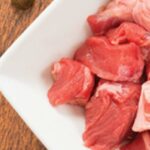