The differences between male and a female dogs can be very apparent, and it is important that you choose the gender that best suits your family lifestyle. Make sure that you don’t choose the gender of your new dog because of availability, otherwise you might be disappointed.

Pros and Cons of Male Dogs

In general, male dogs tend to be larger and can often need more assertive training. They are considered to be more rounded family dogs and more adaptable to all sorts of situations. However, you should always provide a male dog with an area to exercise that he can’t escape from, particularly when there is a female dog on heat nearby.

Male dogs tend to see children more like playmates rather than their children and so can be a little boisterous at time. This varies from breed to breed and some male dogs can also be very loving and protective of children.

Male dogs are most often more affectionate and seem to thrive on constant human attention. They are usually less likely to separate themselves from the attention and will take any bit of love you can give them.

The majority of male dogs tend to remain rather childlike, and they seem to take a little longer to mature. It can also be a little difficult to keep their attention when training them, but if you can work out what pleases your dog you can make training much easier. On the other hand, more male dogs have won dog shows than females so perhaps if you invest time into training him, your dog will prove all the neighbors wrong.

Female dogs (bitches) tend to be more responsive to training and are often less prone to wandering off. They are also better at socializing with other dogs, but be careful when introducing a bitch to a male dog that hasn’t been neutered. The male can be rather boisterous and accidental mating is always a possibility. False pregnancies may also occur in a bitch’s lifetime. During the dog’s two ‘heats’ a year she will bleed and should be kept in a room that you are able to easily clean.

Some people choose a female dog over a male dog if they have children, because it is often thought that female dogs are naturally more protective of young ones.

Generally female dogs tend to be a little more independent than males dogs and mostly aren’t so demanding of attention. They love a big cuddle as much as any other male dog, but they tend to take themselves away when they want a bit of down time.

It has always been said that female dogs are easier to train than male dogs because they are far less easily distracted and this might certainly be the case, but if you look at the history of dog show winners a larger percentage of them are males. You should also note that female dogs are almost untrainable during the times when they are on heat.

Should I Get A Male Or Female Dog If I Already Have A Male Dog?

This is a question that many dog owner are faced with, so we are going to help you answer it.

Dogs of the opposite sex tend to get on better. When male dogs are together they often challenge each other’s position in the pack, and may find it difficult to agree on things. This isn’t usually as bad with two female dogs, but they can struggle to settle the decision of who is alpha female.

In general, one of each sex is best. Males tend to challenge each other all the time, trying to nudge the other one further down the pack ladder. This can lead to frequent bickering matches, or even a few no-holds-barred fights, which is the very last thing you want in your home. This is far less common with two females, but they can still struggle to settle the decision of who is the alpha female – something that takes up a lot of stress time in a dog.

This doesn’t mean that a male and female won’t bicker – and you’ll have the mating season urges to deal with – but on the whole the one-of-each-sex combination tends to work best.

As for three dogs, or more, you’ll have all the wonderful complexities of a wolf pack hierarchy to sort out. The dogs will achieve this on their own, but in those situations you really do need to choose breeds or mixes carefully. 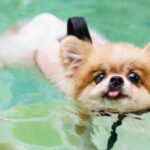 Symptoms that my dog has Arthritis!
Next Post
Are you thinking of buying a dog? 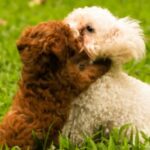